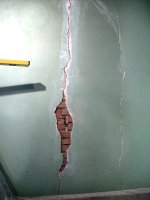 The kitchen is coming along. It has gone from its mutilated state (left) ; then the stove served up an assortment of strange chemical dishes, right; 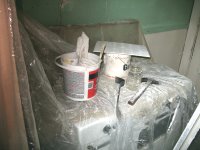 and now it's assuming a bridal-white coat of primer below right).

But cooking is once again suspended, and we've eaten more TV dinner type food than I like. The Boston Market chicken pot pie is not that great, in case you're interested; Marie Callendar's is far superior (although a little too salty). 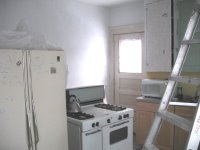 In the meantime, I'm reading cookbooks and blogs and marking recipes I want to try when my stove has lost its plastic drapery, and the cupboards are full of food and dishes instead of paint thinner and sandpaper.


There have been a lot of winter vegetable posts lately, enough to make a menu. Here is my dream wintery menu:

with side vegetable:
Roasted Parsnips, from Maureen at No Feeling of Falling
and for dessert,
Dark Chocolate and Beet Brownies, from La Tartine Gourmand

In the meantime, the contents of my kitchen cupboards are all over the place. Is the oatmeal on the dining table or in the corner of the living room? Where is the cinnamon? Did we eat all the walnuts, or are they in a box next to the couch? 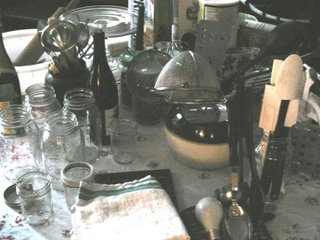 Our tentative date of cook-ability is January 25: here's hoping.
Posted by mary grimm at 11:06 AM 9 comments: Links to this post 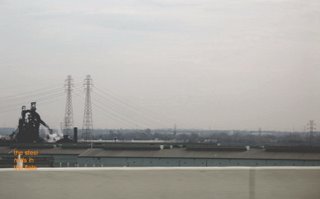 It's still January, still fair to be making resolutions. So here are mine:
1. Make pasta from scratch. I'll have 2 good step-by-step blog posts to guide me, here and here.
2. Finally finish renovating the kitchen. I want to have all my spices in one place again!
3. Try making dishes from a new-to-me ethnic cuisine. Thai? Moroccan? or maybe explore my own culinary roots--Slovak/Eastern European. (I also have Scottish roots, but I'm not sure I want to make a haggis.)
4. Make pierogies from scratch (my ethnic roots!).
5. Utilize my cookbook collection more. I have a tendency to covet and collect and then just hoard things--so maybe I ought to make a recipe a week from one or another of them.
6. Make an effort to shop, cook, and eat more adventurously. Find out what galangal is. Buy a quince or some kumquats. Make some pickled turnips!
7. Collect the family recipes, which is something I've been meaning to do for a long time and haven't.
8. Make a kitchen inventory: do I really want to do this? or is it just a fantasy, like the one where all my books are alphabetized and ordered by genre and subject?
9. Stop eating things I don't like, or don't like much, and eat only things I love. No more of those muffins from Starbucks. No more processed cheese or stale doughnuts at work functions. (Make my own doughnuts! if I make pompkushki, it will be more of the ethnic roots thing.)
For some other posts on food-related resolutions and plans, see Food and Thoughts and Hooked on Heat; and for a great retrospective list of her favorite 2006 recipes, see La Tartine Gourmande.
Posted by mary grimm at 3:35 PM 5 comments: Links to this post 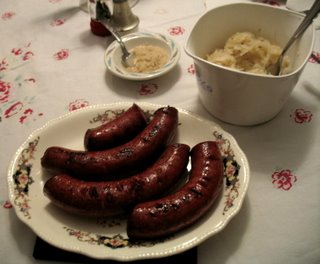 This probably should have gone in the end-of-2006 post--our New Year's Eve dinner, but I didn't get around to it, and then there was the mac & cheese thing, and so on. But I had to give it a post for 2 reasons--one is that my kielbasi photo looked so good, I didn't want to waste it. And two, I wondered about the good-luckness of pork and sauerkraut, which is the Slovak good-luck new-year's dinner of choice. I'm very fond of both, but why is it good luck to eat them at the end/beginning of the year? Living off the fat of the land? (pork) eating up the bitter/sour parts of life? (sauerkraut)
I'm passionately fond of sauerkraut, and would make it more often except that D is not as fond. I make it from my mother's recipe in a no-recipe way, but this year I made it with chicken broth because I forgot to buy beer and didn't want to go out again. And since I was changing the one thing I made another addition or two, which I hope my mother wouldn't hate (although she might find it faddish).
Sauerkraut for New Year's (or anytime)
1 bag sauerkraut, drained
a pork chop or a chunk of kielbasi
a good pinch of caraway seeds (about 1 tsp)
a smaller pinch of cumin seeds
a cup of beer or chicken broth
(if broth, also add a splash of vinegar)
1 small potato, grated
1 tsp diced lemon peel
Put sauerkraut in a saucepan with everything else but the lemon peel and bring to a boil. Simmer for about 30 minutes (while you're frying up the rest of the kielbasi in a skillet). In the last few minutes put in the lemon peel. Serve with kielbasi and plenty of horseradish, and follow (somewhat later) with champagne.
We added brownies with vanilla ice cream for dessert, and thought ourselves lucky to have found the brownies leftover in the freezer. 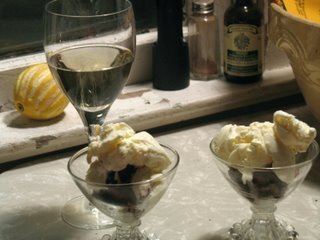 Posted by mary grimm at 5:46 PM 4 comments: Links to this post 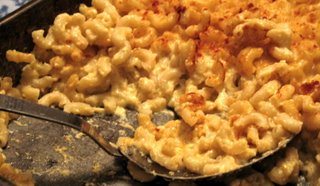 This post is dedicated to my daughter S, who loves macaroni and cheese with a passion--I always try to make it for her if she visits (and once made it for her at her house; a small disaster because of the difference in our ovens). I must say it's a pleasure to know of something that will always delight her; if only my older daughter V had a favorite dish so I could do the same for her--if she has, she's not telling.
Kevin at Seriously Good has come up with a Mac-and-Cheese Off, and I had to post on mine, even though it is extremely ungourmet, not in any way tarted up, perhaps boring. We like it that way (although we don't agree that it's boring). I haven't used a recipe for years, although long ago I had it written out on an index card, one of the few dishes of my mother's that I carried into my first marriage. It's her recipe, possibly originally from the Joy of Cooking (although it's not quite the same) and all I've changed is the type of cheese (Mom was a fan of Kraft American).
Here it is--basic, homey, and delicious.
Sue Bee's Macaroni and Cheese
2 tbs butter (you can use oil if you want, although the taste will change)
2 tbs flour
2 cups milk (I've used skim, 2%, and whole--all work fine)
about 2 cups grated cheese
2 cups macaroni
Paprika
Melt the butter in a sauce pan, add flour and stir into a roux, cooking it gently for a half minute or so. 1 Add milk and stir constantly over low heat until the lumps dissolve (smash at them with your spoon if necessary). Continue cooking over lowish heat, 2 until the sauce thickens enough to coat the spoon a little. 3 Add the grated cheese 4 and stir until melted (you shouldn't need the stove here--the heat of the sauce should melt it).
In the meantime, if you're efficient, you'll have had water boiling for the macaroni. Sling it in and simmer it until it just starts to soften (I take one or two out and eat them to see how they're coming along). When they get there, drain and put in your preferred dish (I use a 9x13 pan), then pour the sauce over, mixing everything around until the cheesiness is nicely distributed.
As a last touch, sprinkle with paprika (this is more for aesthetics than flavor, but we can't do without it). Bake at 350 degrees for a while. I don't really time it any more, but I think it's supposed to go for about 25 minutes, or until the sauce is bubbling a little around the edges.
Serve right from the pan, because no one is interested in waiting any longer. It's good with vegetables like broccoli or green beans (also a nice color contrast), but we never put the vegetables into the mac and cheese in the interests of innovation or saving time as I've seen some recipes suggest.
mac and cheese footnotes:
1 When I first made this I had no idea what a roux was, but now I take pleasure in using the right word.
2 You're supposed to cook it over low heat, but I confess that I often turn up the heat after the lumps are gone, which works OK if you stir madly.
3 Knowing when this is partly a matter of experience, but I find that the feel of the spoon (I always use a wooden one) against the pan changes when the sauce starts to thicken--it moves against the pan bottom in a more silky way.
4 This particular mac and cheese had a mixture of two kinds of cheddar (an Irish cheese, I think, and Helluva Good Cheese Extra Sharp Cheddar), plus the end of a piece of Swiss. If I'm making it for S, it has to have a high proportion of yellow cheddar, since she disdains the white version. Confession: I once used a judicious mixture of yellow and red food coloring when I had only white cheese: no one guessed.
Posted by mary grimm at 11:09 AM 7 comments: Links to this post